This is a paper about the power of advertising responsibly. The challenge was to raise awareness of the Truth Project, part of the Independent Inquiry into Child Sexual Abuse, which encourages adult survivors of child sexual abuse to share their personal experiences. This paper outlines the steps taken to ensure creative and media deployment were sensitive to avoid re-traumatisation of survivors. It details evidence that communications was effective and efficient in conveying the Project was a safe space, leading to a four-fold increase in survivor experiences shared over a two-year period.

Shockingly, child sexual abuse is more endemic than youâd think. As a result of our work, the ONS has now been able to estimate that nearly 3.1 million adults have suffered child abuse in England and Wales; equating to nearly 1 in 13 people. The Government set up the Independent Inquiry into Child Sexual Abuse (IICSA) in 2014. A vital part of the Inquiry is the Truth Project, where survivors can share their experience in writing, by phone or in person in a supportive and confidential setting. This can be an important, restorative step in a survivorâs recovery journey. Importantly they are also invited to make recommendations for consideration by the Inquiry to keep children safe in future. We knew that we needed to address societyâs reluctance to discuss child sexual abuse to help survivors feel more comfortable coming forward. We were reminded of the powerful behavioural economics principle of âsocial normingâ delivered via mass communications. This could help normalise the behaviour of coming forward to share stories of sexual abuse, minimise stigma and provide implicit support. However we found ourselves with a careful balancing act to perform. A stretching target, led by the need to drive more testimonies to support real change, meant that a large campaign was necessary. But there was a real risk of re-traumatisation, resulting in a dereliction of our duty of care. Deployment of every element of the campaign; from creative development to media buying needed to be considered sensitively. Managing this balance became the core challenge. 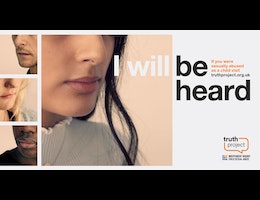 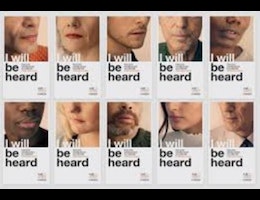 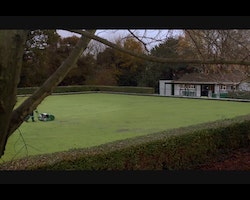